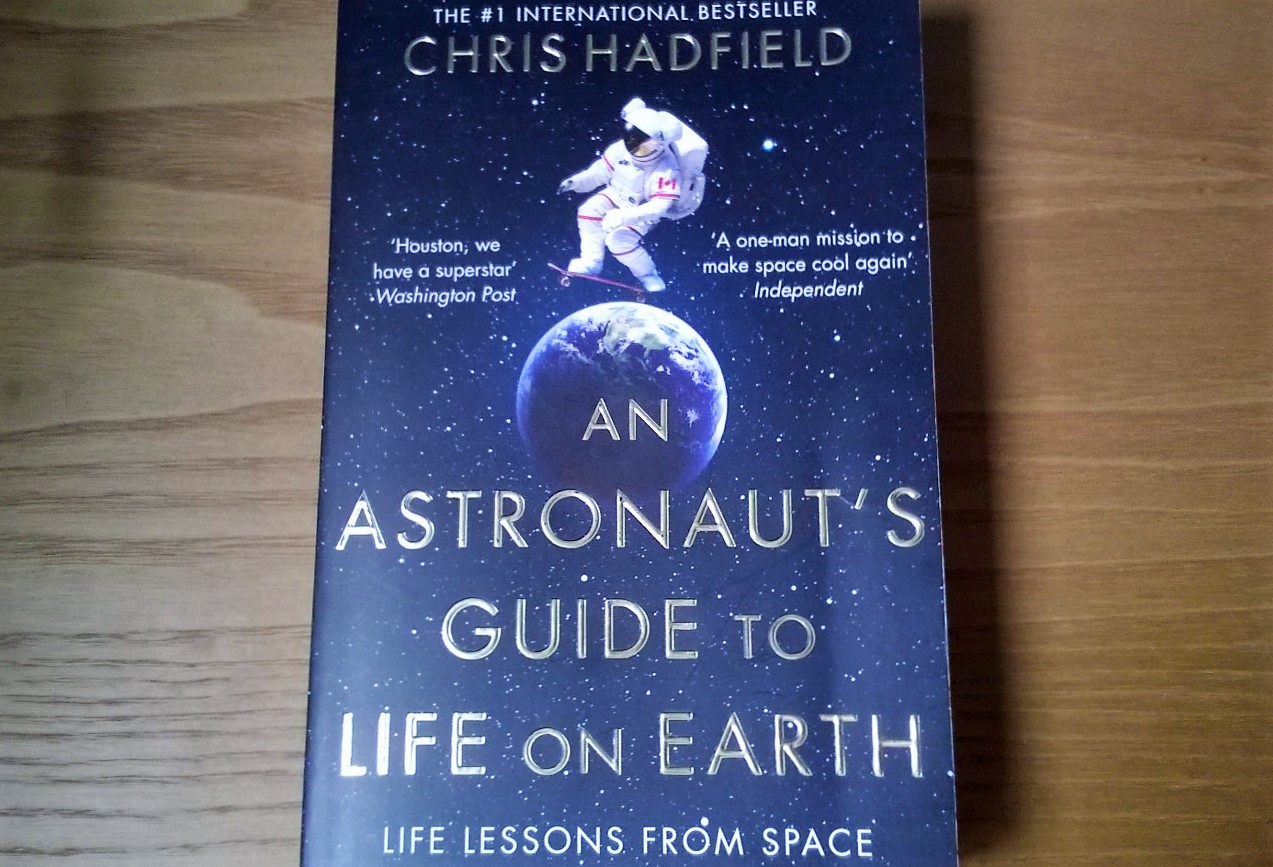 Astronaut with a purpose

15 Mar Astronaut with a purpose

Posted at 14:01h in book review by Katie Driver

Chris Hadfield’s “An Astronaut’s Guide to Life on Earth” illustrates brilliantly just how powerful a strong sense of purpose can be when translated into daily actions, combined with the right mindset and meticulous planning. Of course it helps that he writes about becoming an astronaut – the dream career for many of us – but he also writes with humility, humanity and humour and has lessons for us all.

Hadfield’s sense of purpose jumps off the page immediately and throughout, as he decides at the age of nine to become an astronaut having just watched the first moon landings. But what captured me even more was his immediate realisation that a sense of purpose alone wouldn’t cut it. What he did every day from then on would determine whether or not he achieved that purpose. As Hadfield puts it, [testimonial author=”]“I had to imagine what an astronaut might do if he were 9 years old, then do the exact same thing. I could get started immediately. Would an astronaut eat his vegetables or have potato chips instead? Sleep in late or get up early to read a book?” [/testimonial] Hadfield’s use of his aspiration as a lodestone for every subsequent decision, no matter how small, is a lesson to us all in translating vision into reality.

What’s also clear is that Hadfield is able to hold his goal lightly, using it as a guide but not necessarily an end point.  He has the self-awareness to realise that the chances of actually becoming a successful astronaut are vanishingly small. He embarks on the right steps – becoming a test pilot, learning Russian etc but aims to enjoy these in their own right and learn whatever he can. He talks about having the right attitude, illustrating the term firstly in the space-flight context about orientation of the craft towards the sun, Earth and so on, but then remarking that in the thick of things,[testimonial author=] “There’s really just one thing I can control: my attitude during the journey, which is what keeps me feeling steady and stable.”[/testimonial] The further I read, the more I sensed that Hadfield’s self-control, self-awareness and positive outlook were huge factors in successfully achieving his goal to become an astronaut.

The third take-away for me was the importance of planning in reducing fear and building confidence, especially when coupled (counter-intuitively) with negative thinking. As Hadfield notes, [testimonial author=]“In my experience, fear comes from not knowing what to expect and not feeling you have any control over what’s about to happen”[/testimonial] It’s no surprise then that he enthusiastically participates in the endless rehearsals of every single possible manoeuvre and eventuality, not because he is a pessimist but because he wants to be confident that if the unexpected happened he will always have options. “Anticipating problems and figuring out how to solve them is actually the opposite of worrying: it’s productive. Likewise, coming up with a plan of action isn’t a waste of time if it gives you peace of mind.” In essence, Hadfield suggests we turn fruitless rumination into productive planning.

Finally, Hadfield has thought-provoking observations about what’s important in life, and how to handle the vast bulk of the time when you’re not in the limelight.  [testimonial author=]“If you start thinking that only your biggest and shiniest moments count, you’re setting yourself up to feel like a failure most of the time.  Personally, I’d rather feel good most of the time, so to me everything counts: the small moments, the medium ones, the successes that make the papers and also the ones that no one knows about but me. The challenge is avoiding being derailed by the big, shiny moments that turn other people’s heads. You have to figure out for yourself how to enjoy them, and then move on.”[/testimonial]

Overall, I found the book very readable and, as a bit of a space geek, I really enjoyed learning about the realities of an astronaut’s life.  Just as space travel has brought new technology which helps our everyday lives, I found that the observations of an astronaut can bring fresh thinking to help us all.

If you’re interested in finding out more about Chris Hadfield, his books, photos and music and observations on life, check out his website.